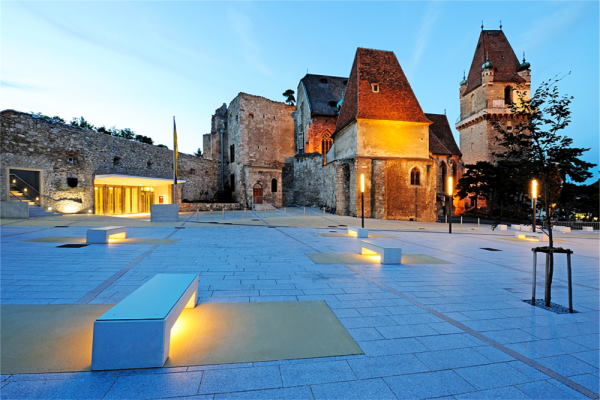 Charity Concert for the
Hospice Movement

ADMISSION FREE | GET YOUR FREE TICKET

Giacomo Puccini is one of the most performed composers of the international musical theater. His Messa di Gloria is characterized by musical quality, verve and freshness, which led the composer to quote his Messa in later operas. The music of the "Agnus Dei" was used in his opera Manon Lescaut and the "Kyrie" in Edgar. The work, composed by the 22-year-old Puccini and revised some 15 years later, has therefore enjoyed great popularity since its rediscovery in 1952. The subtlety of his later operas can already be glimpsed in this piece. The programme is rounded off by Mozart's Ave Verum Corpzs and Fauré's Cantique de Jean Racine.

The Holland Concert Choir consists of enthusiastic and experienced choral singers from various parts of the Netherlands. A common goal brings them together in Vienna: the concert in St. Stephen's Cathedral. The singers sing weekly in different choirs in the Netherlands. In Leipzig, rehearsals for this concert are underway under the direction of conductor Marcel Joosen. Together with Marcel Joosen there have already been concerts in Budapest, Berlin and Prague.

Marcel Joosen studied at the Sweelinck Conservatorium in Amsterdam and received his degree in choral conducting in 1983, after completing his major in piano in 1982. Since 1983 he has conducted several choirs and gives various concerts each year. He conducts Toonkunst Alkmaar, Soli Deo Gloria Hoorn, Stem en Snaren Enkhuizen and Pauluskoor Amstelveen. He also teaches piano and contemporary singing.

What are your prevention measures?

What are your prevention measures?

Below are our most important prevention measures:

If you have any questions, please contact This email address is being protected from spambots. You need JavaScript enabled to view it..

Stay Up To Date

Our newsletter keeps you well informed about our concerts.

Book your concert tickets comfortably and free of charge via our Online Ticket Shop, valid as print@home or mobile ticket.

For an order via e-mail, please send the tickets you wish to order to tickets@kunstkultur.com. or purchase your tickets directly at the box office.