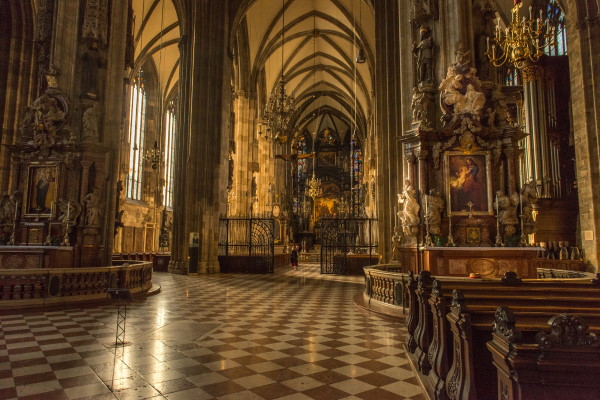 W. A. Mozart, Requiem
at the Hour of His Death

In the night from 4 to 5 December 1791, Mozart died of "hot frieselfever" in Vienna. Every year on this occasion the Night Requiem, which ends with a solemn procession and the ringing of the death bell approximately at the minute of the composer's death (5 December 1791, 0:55am), represents an atmospheric highlight in the concert calendar of St. Stephen's Cathedral.

The concert will be performed by the Really Big Chorus, a choir composed of singers from all over the world, but especially members from Great Britain. Together with the musicians of the Vienna Cathedral Orchestra, the work will be performed in the atmospheric St. Stephen's Cathedral at midnight.

Stay Up To Date

Our newsletter keeps you well informed about our concerts.

Book your concert tickets comfortably and free of charge via our Online Ticket Shop, valid as print@home or mobile ticket.

For an order via e-mail, please send the tickets you wish to order to tickets@kunstkultur.com. or purchase your tickets directly at the box office.